Last night, Vice President elect Kamala Harris and President elect Joe Biden attended a Covid-19 memorial at the National Mall in Washington, D.C., to pay tribute to the more than 400,000 Americans who have succumbed to the coronavirus. The event was notable for the sober and graceful tone Harris and Biden set—a stark contrast with the outgoing administration. 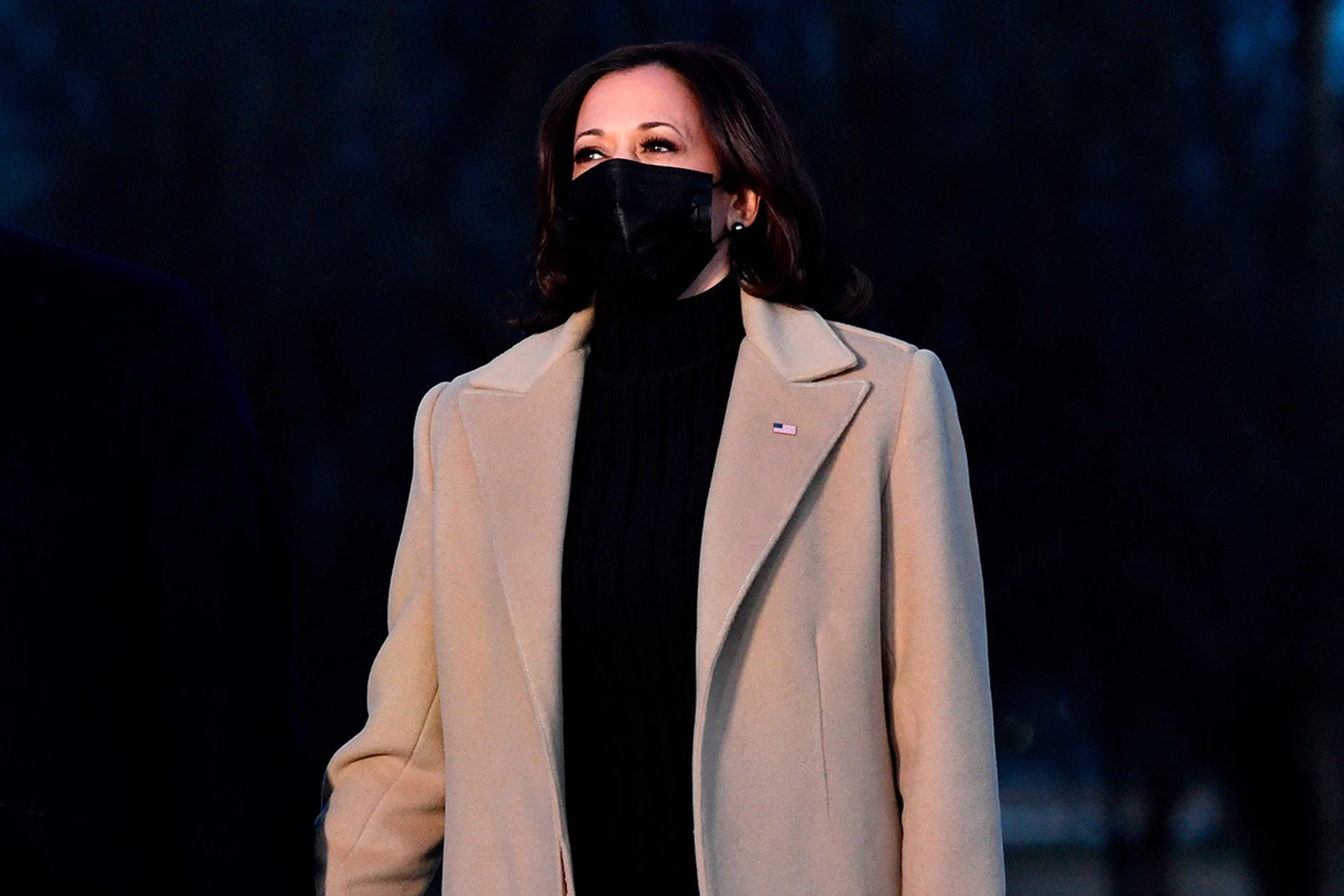 The internet was also aflutter over Harris’s camel coat by the Haitian American designer Kerby Jean-Raymond. Equal parts designer and disruptor, the Pyer Moss founder has turned his fashion label into a cultural powerhouse by challenging the social construct. His designs are often referred to as monumental; his runway shows, revolutionary. Equally committed to racial equality and activism, the label staged a game-changing spring 2016 runway show that featured a collection inspired by Black Lives Matter; families of police brutality victims supplanted stalwart editors in the front row. And when the coronavirus pandemic first started ravaging the United States, Jean-Raymond transformed his New York studio into a donation centre and spent $5,000 on personal protective equipment for frontline workers. He also raised $50,000 in grants for minority and women-owned businesses impacted by the shutdown. 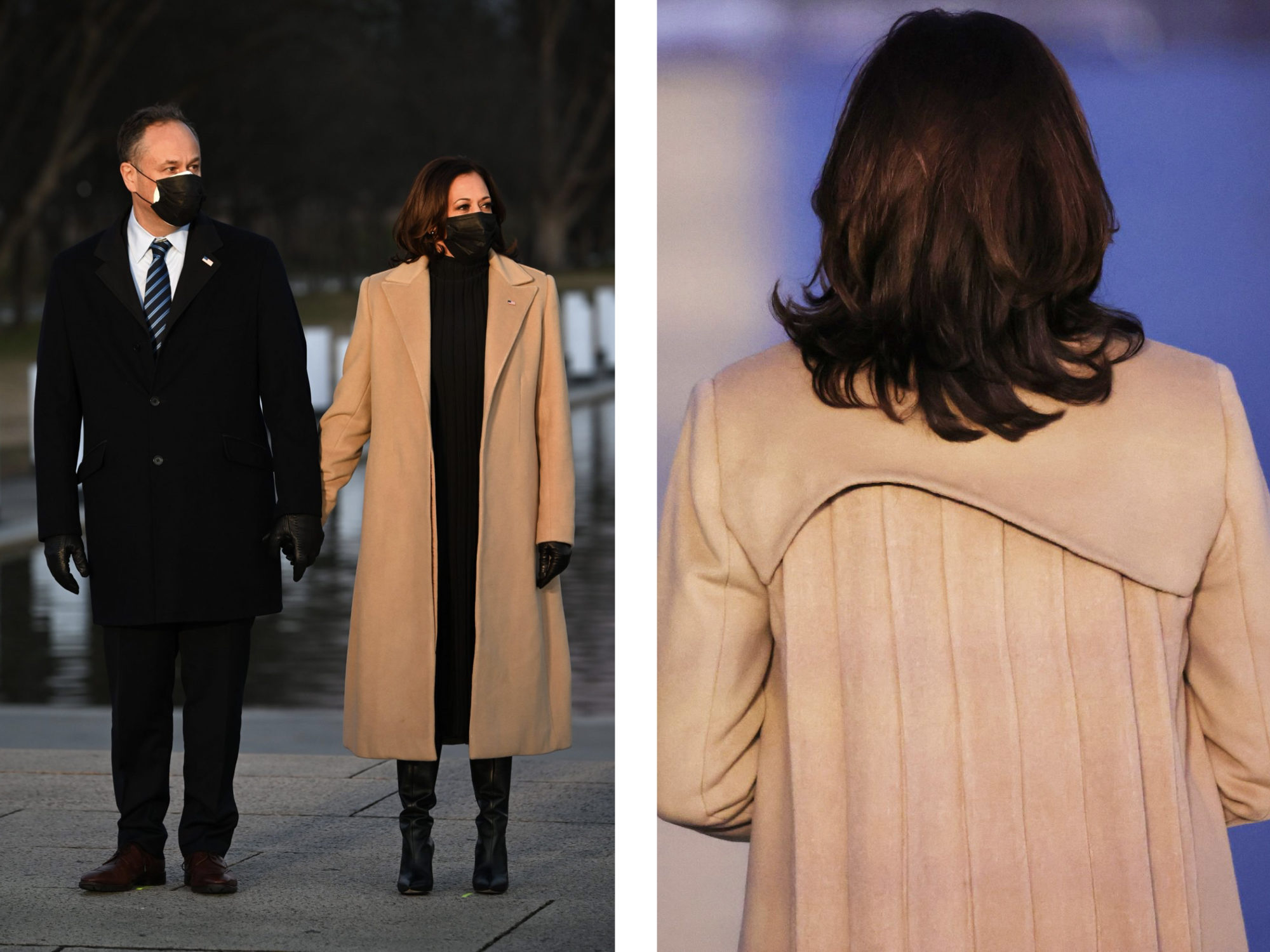 Now that Harris has become the highest ranking woman in the United States, her sartorial choices are destined for constant scrutiny. So it seems noteworthy that she’d wear Pyer Moss for her first major public appearance. Not only does it start off her tenure on a high note, but it also represents the turning over of a new leaf—she ditched her famous Converse sneakers (which she rocked on her recent Vogue cover) for a more understated ensemble of thigh-high boots and a black turtleneck. Her coat also makes a poignant design statement if you look hard enough: Its pleated back mimics a flattening Covid-19 curve, which nods to the Biden administration’s commitment to rolling out the coronavirus vaccine during their first 100 days in office.

Dr. Jill Biden, meanwhile, wore a tonal purple wrap coat by American designer Jonathan Cohen, an emerging force who has long focused his practice on sustainability. The coat, part of his label’s upcoming fall 2021 collection, was also a symbolic choice. Assembled from fabric scraps sourced from Cohen’s studio, the patchwork design nods to American unity during a time marked by deep ideological division. (It’s fitting that the theme of President-elect Biden’s inauguration is “America United.”) The deep purple, associated with the women’s Suffrage Movement, also symbolises a mixing of red and blue.

Recall how former First Lady Michelle Obama used fashion to define her tenure, which was the subject of a viral blog that documented her every outfit for more than five years. As Vanessa Friedman wrote in the New York Times, “the twin conditions of the historic nature of [Obama’s] presidency and the fact that it occurred alongside the rise of social media, which turned every public second into a shareable, comment-worthy moment, combined to create a new reality where every appearance mattered. And a couple who had spent their entire lives being scrutinized as pioneers understood what that meant, and instead of bridling at it, leveraged it.” Throughout her time in office, Obama wore Thom Browne, Joseph Altuzarra, Diane von Furstenberg, Azzedine Alaïa, Carolina Herrera, Alexander McQueen, Duro Olowu, and Dries Van Noten, among others, including Talbot’s and Target. Friedman continued: “No one understood the role of fashion, and the potential uses of that, better than the First Lady.” Wall Street took note—her sartorial choices quite literally moved markets.

If past is precedent, then Harris and Biden are wielding their new platform wisely. It signals an early commitment to uplifting small businesses—especially independent fashion designers with strong values—who have experienced steep business declines during the pandemic. No “I really don’t care, do u?” sentiments in sight 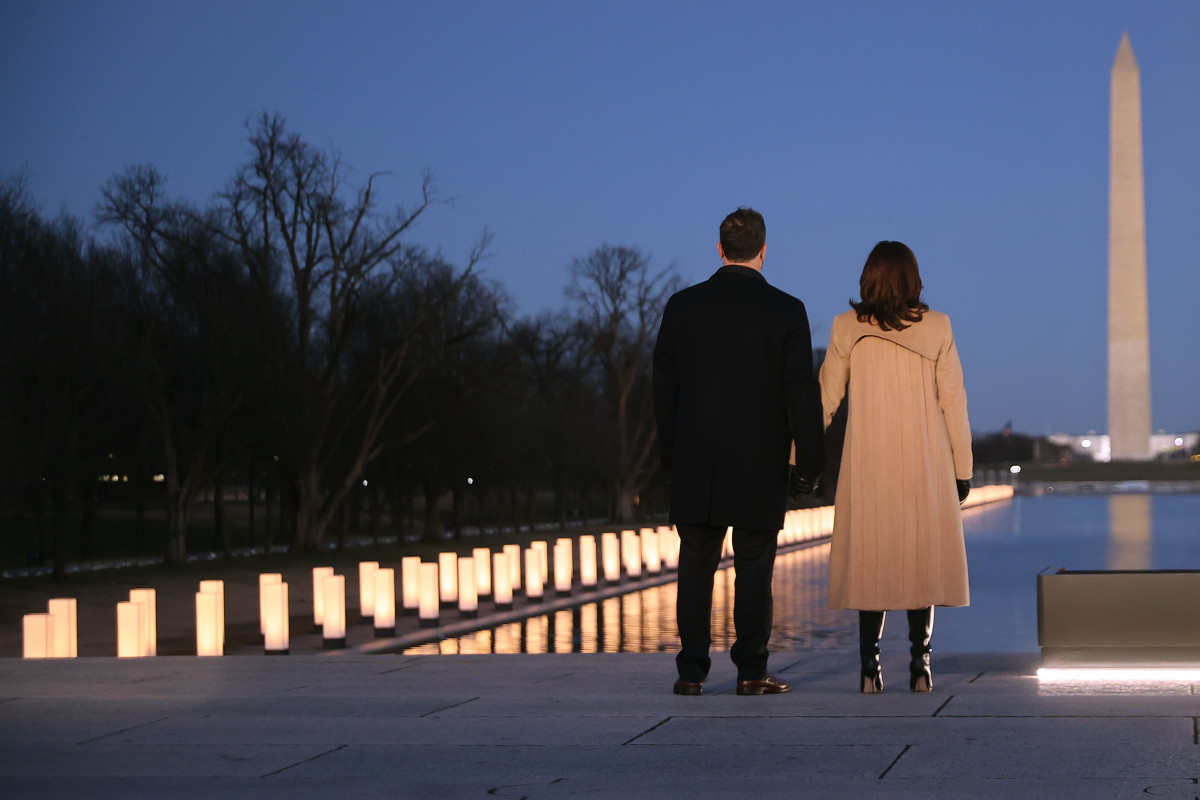 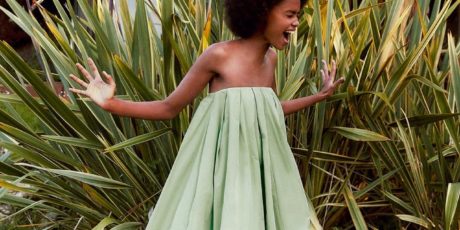 BEST SUMMER DRESSES TO BUY IN 2021