President-elect Joe Biden made his final remarks in Delaware today before leaving for Washington, D.C., with Dr. Jill Biden for tomorrow’s inauguration.

For the Opportunity, a purple coordinating “Unity” coat and shift dress with purple gloves and a floral face mask to cover; All three pieces come from the collections of New York-based independent designer Jonathan Cohen. Not exactly a newcomer, Cohen started his eponymous line in 2011 after working as an assistant to Patricia Field, and, later, as an apprentice to Oscar de la Renta. 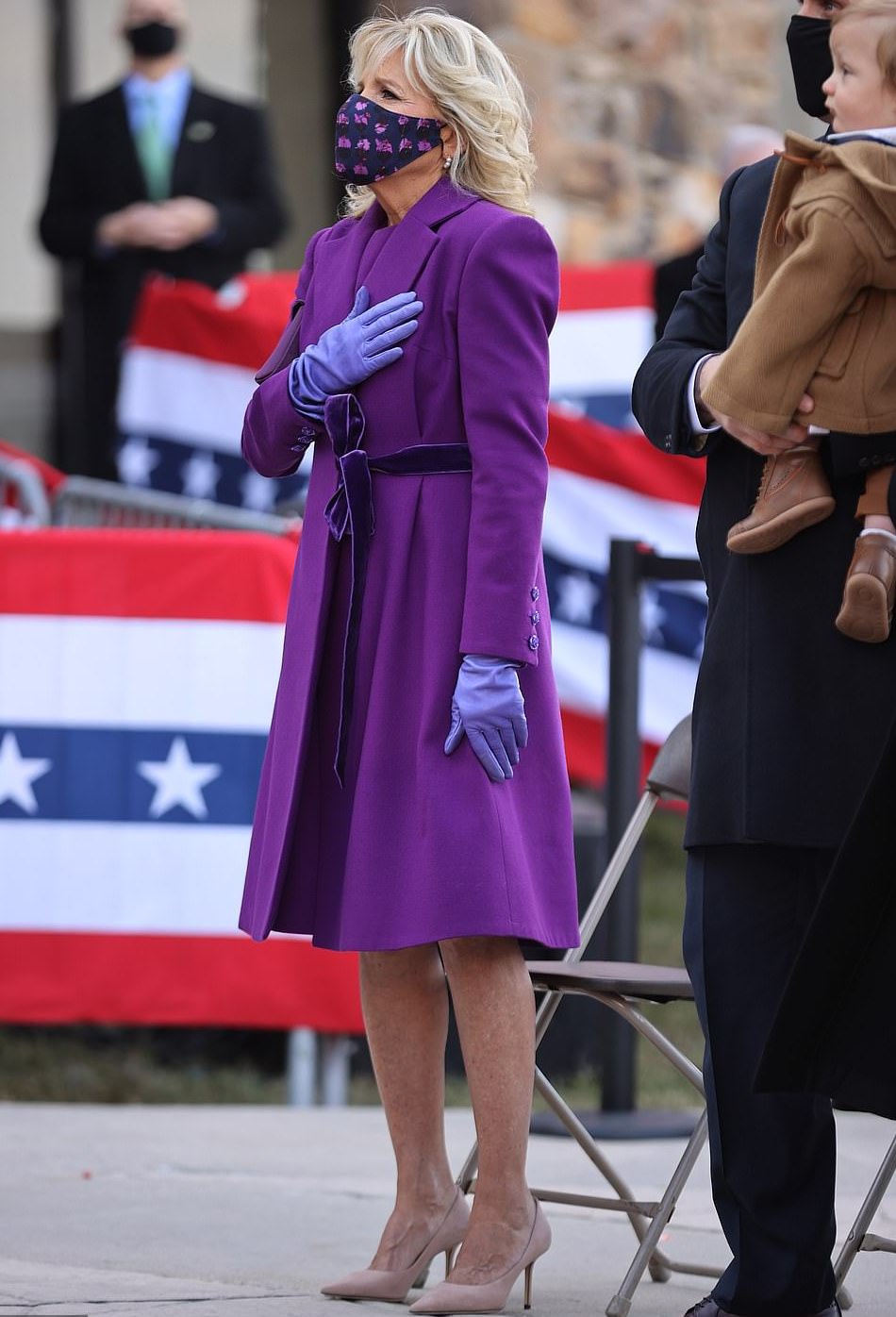 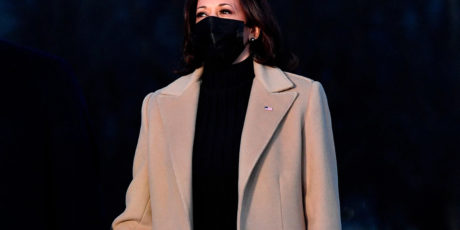 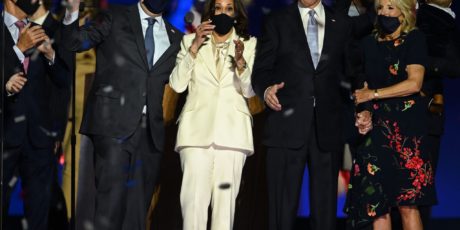 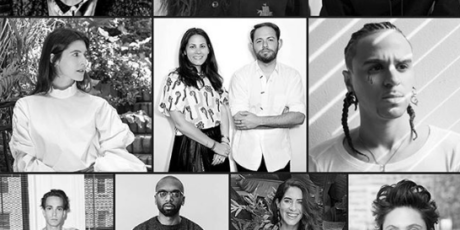