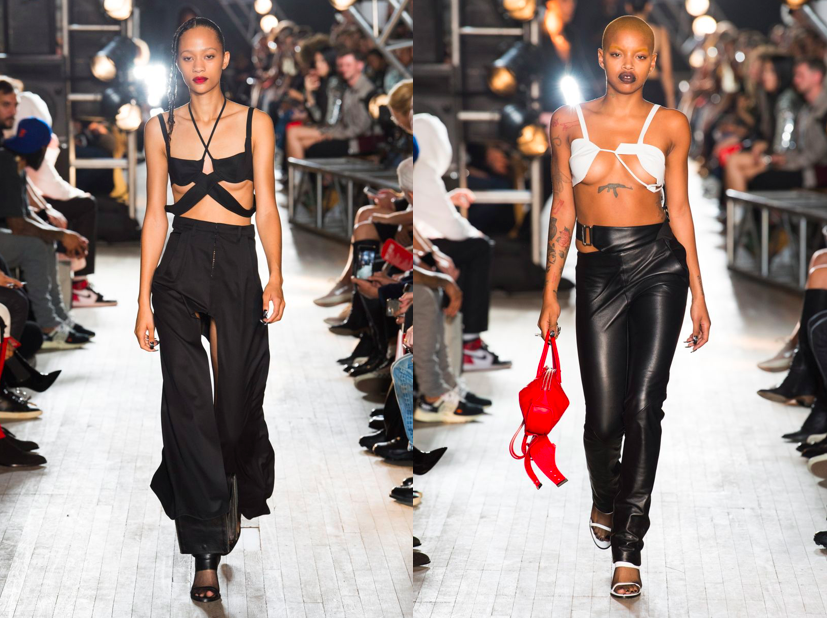 It would be a little tricky to try and sum up Helmut Lang in a few words. His massive, creative legacy flows in nearly every second designer’s blood today, from the reoccurring notion of ‘urban minimalism’ to growing tendency of inviting various models and nodels to walk in fashion shows. Let just say one of the biggest Lang-isms revived in Shayne Oliver‘s debut collection at the brand (whose editor-in-residence is Isabella Burley) was sensuality, or rather its much, much filthier side.

If you look back at Helmut’s collection from the 90s and early 2000s, you will note that the visionary designer enjoyed playing with transparency and made the hardest-in-use fabrics look refined on the body. For Oliver, sensuality is something much more, hmm, aggressive. It’s kinky. It’s BDSM-inspired, with lots of untamed nudity and gender-fluid boldness. There were lots of irregularly fitted bras, lots of leather and lots of New York-favoured trashiness to it. Actually, the collection had a lot to do with Shayne’s currently under hiatus Hood By Air brand that used to be tagged as the most ‘disruptive’ brand of the New York fashion week’s calendar. 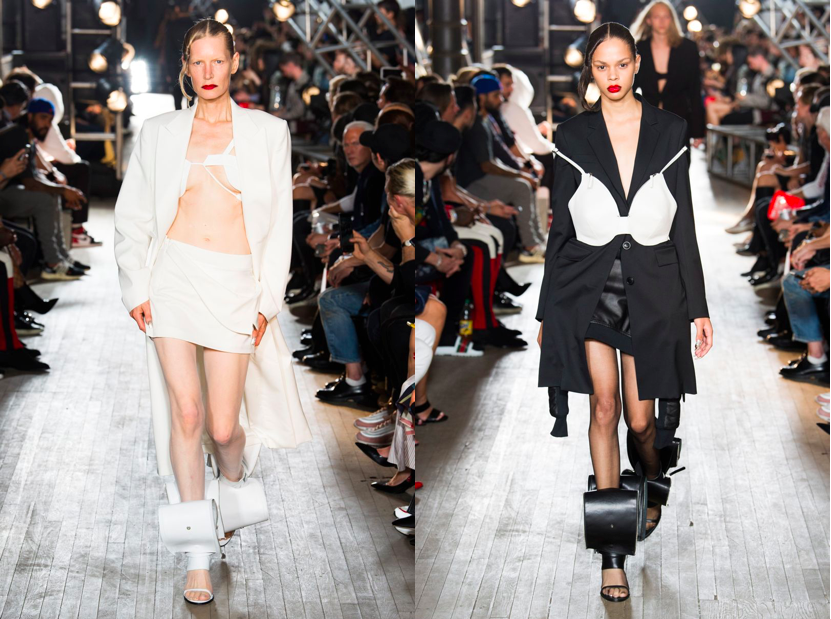 Sexuality is a big word so far this this season, and while designers think of it in more subtle and natural ways, Oliver is undoubtedly going very ‘badass’ with it. It’s good that the designer isn’t digging to hard in Lang’s archives. But I’m not absolutely persuaded that the capital letter HELMUT written all over the t-shirts and coats is what the founder thought of. Helmut kept the mood bit more calmer, sans caps-lock. Nevertheless, that was definitely the most anticipated collection this time around in the Big Apple.