Everything about Tom Ford is sexy. It’s a particular flavour of sexy that draws the curious and causes a slight discomfort. After so many years of turning out sexy collections, we wondered if the designer could could still evoke the same reaction from customers. 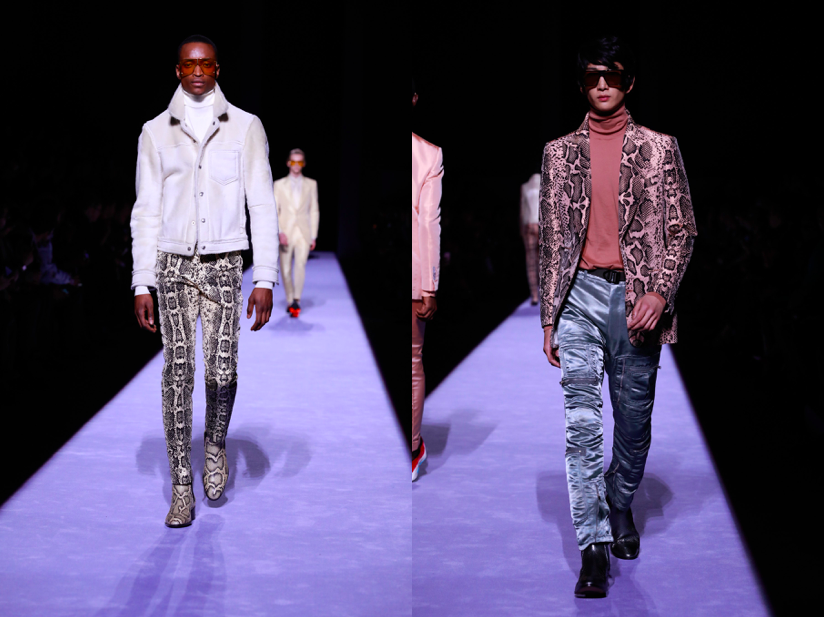 We find that Tom Ford often leans on his glam-90s classics, which made an era of Gucci and himself famous. For this collection, there were lots of Tom Ford staples but the designer also added plenty of 2018 twists. Some of the show’s highlights included, puffer jackets in a variety of textures and lengths. The outerwear was never exaggerated enough to be considered oversized but would nonetheless attract the eyes of streetwear hype-junkies. The overcoats, were classically rich and sexy. 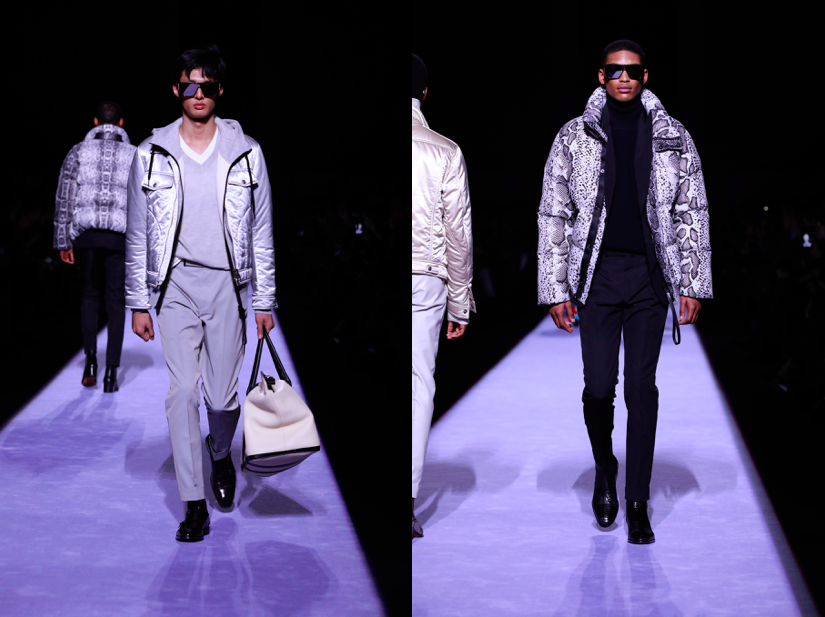 The collection also incorporated several Instagram-ready hues, like soft and bright yellows, pink, lavender, orange and aqua. The variety is sure to attract the look-at-me generation of Tom Ford fans– millennials. As a matter of fact, we didn’t see a lot of the dark and sexy suits that have always defined the Tom Ford brand. Instead we were served yellow, pink and blue zebra and python print pants and sports jackets with a scattering of classic patterns, like houndstooth.
Part of Ford’s success has always been his unabashed nod to the commercial side of fashion. For the show’s last segment, the music turned to Lana Del Rey’s ‘Young and Beautiful’. Dozens of male models walked the runway in nothing but underwear. No doubt, this was a concession given to a highly lucrative licensee. 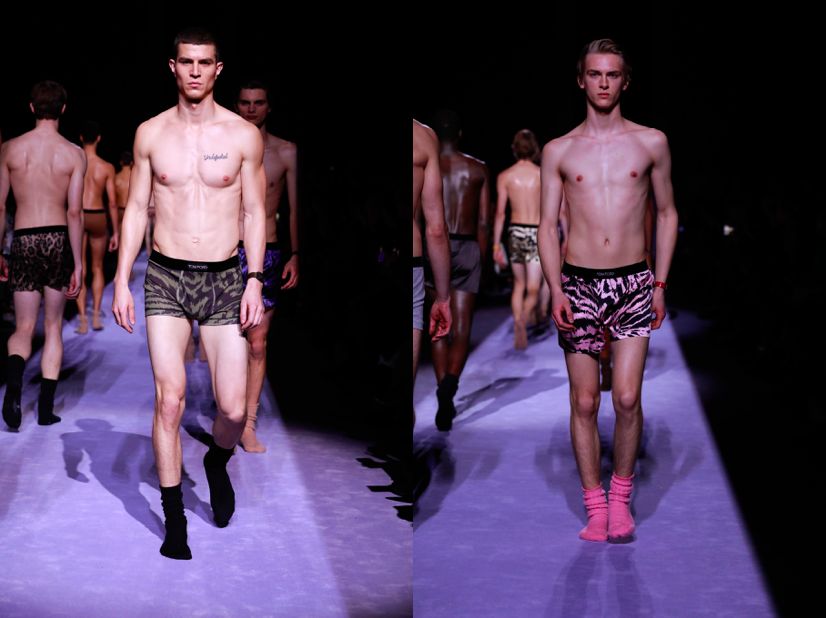 As Lana Del Ray sings we know that TF is quietly asking:
Will you still love me
When I’m no longer young and beautiful?

And yes, we will.