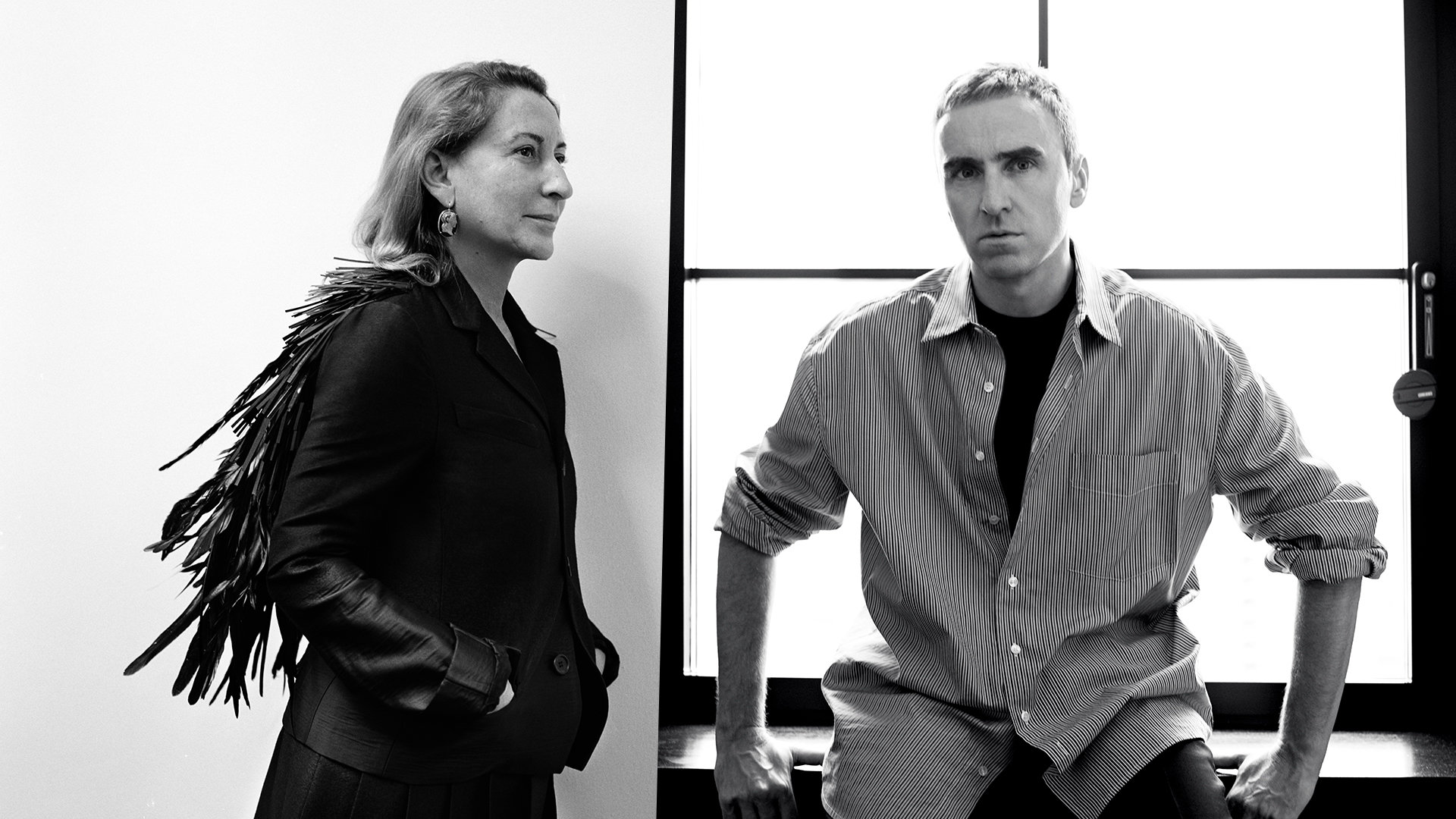 Raf Simons has joined Prada as co-creative director, effective April 1, 2020. Together with Miuccia Prada, he will share equal responsibilities, designing the women’s and men’s collections for the Italian powerhouse. The contract does not include any involvement with Miu Miu.

Announced today at a press conference in Milan, the new partnership is sure to send shockwaves through the industry. Miuccia Prada is not only one of fashion’s great auteurs, but also its most successful businesswoman. Simons is a cultishly followed designer of menswear who’s had a string of important womenswear appointments at brands on both sides of the Atlantic: Jil Sander, Christian Dior, and Calvin Klein. Can these two forces share a stage?

They both indicated that they think so this afternoon.

“I’m extremely happy to start this new phase, it’s certainly going to be extremely exciting… We like each other, we respect each other, and we’ll see if we go somewhere,” Prada said at the press conference.

This from Simons: “I’m very pleased to announce our partnership on Prada, a brand I’ve been interested in my whole life… I’m not closing my own business, I always look for new challenges in my life… Mr. Bertelli approached me right after my exit from Calvin Klein.”

“I question the role of creativity in fashion. It brought me to discussions with lots of designers. We have to look at creativity… how can that evolve? At this moment, lots of creatives feel troubled, feel the fashion industry is [becoming] an industry where it might move to excluding creatives… We do believe that collaborating could reposition that aspect of the business.”

Prada added, “The contract is forever, there is no end date to the contract.”

Prada and her husband Patrizio Bertelli, CEO of the Prada Group, have known Simons since at least 2005, when Simons signed on at Jil Sander, which was majority owned by the Prada Group. (By all reports Simons had a strong relationship with Bertelli.) In a 2016 interview with System Magazine, the designers discussed their mutual respect and the healthy competition that exists between them. “For me,” Simons said, “I would be excited if Miuccia would do the Raf Simons brand for a season, and then I would do a season for Marc Jacobs in New York, and Marc would do Prada; I think the audience would be totally excited by that.”

That seemingly offhand comment has proven prophetic. Prada and Simons are now officially working together. It’s a unique arrangement. There are few examples of designer founders splitting duties with another creative of such high profile. But there’s reason to believe it could work. Later on in that interview, Simons said, “I think that the fashion business has recently stopped exploring its own possibilities; it should become much more liberated once again.” Prada’s response? “I totally agree. I really think that’s true.”

Indeed, at a time when the industry is facing increasing challenges—from the culture’s growing awareness of global warming and the role that fashion plays in it to the global decline in luxury spending and consumers’ changing shopping habits—the originality of the partnership could be invigorating. Consider the recent collaboration between Dries Van Noten and Christian Lacroix—one-off that it was—and the extraordinary amount of goodwill it engendered. When asked about the possibility of succession, Prada responded, “No, absolutely not. I like working, and sincerely I think I will have to work more.”

A Prada resort show scheduled for May in Japan has been postponed due to the coronavirus. The fruits of Prada and Simons’s new relationship will debut on the runway at Prada’s spring 2021 women’s show in Milan in September.

“We feel strengthened by the idea of collaborating,” Simons added. 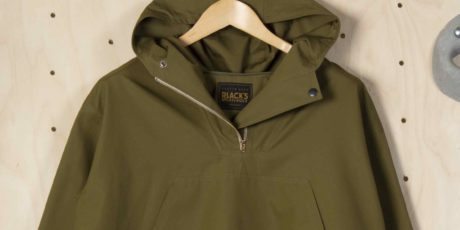 SHOP: THE JACKET EVERY MAN NEEDS THIS WINTER 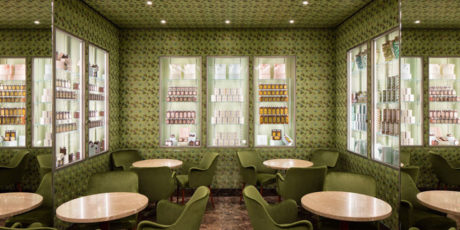 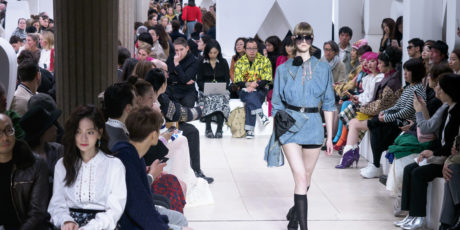 PERSONAL FEATURES MATCHED THE MODELS AT MIU MIU BY MIUCCIA