Following the devastating loss of their friend Martyn Hett, London shop owner Philip Normal and Dublin illustrator Holly Shortall have come to together and collaborated to create a tribute t-shirt celebrating the iconic life of Martyn Hett, one of 22 victims of the Manchester Attacks that followed a concert by Ariana Grande at the city’s arena.

Philip said “Following a cry from social media that we produced Holly’s illustration as a t-shirt, and we thought it would be a fitting tribute to offer this design, with all profit going to Martyn’s family, or a charity, organisation or project of their choice”

“Martyn brought so much joy to people’s lives in such a short amount of time, and he will never be forgotten. Through this t-shirt we would like to create something positive in the face of such tragic events. This T-Shirt is produced with permission from Martyn’s family.”

The t-shirt celebrates the impact Martyn had on the world, and features quotes from two of his most loved singers, Michelle McManus and Mariah Carey amongst others.

Last week, a vigil was held at ‘Manchester’s Heaton Moor Park in Stockport in the UK where hundreds turned out to honour the life of the ‘iconic’ Martyn.

Some members of Martyn’s family, including his mother, step-father and brother, wore the tribute t-shirts to the vigil, which was a celebration of Martyn’s life.

Friend Holly said: ‘To be able to contribute something positive during this dark time for Martyn’s family and friends means the world. I am so grateful for the time Philip is putting into producing the t-shirts. £10,000 is a huge amount of money that would make a massive difference to any cause. To do this is Martyn’s name would be an honour.”

T-shirts can be purchased for £25 (€29) which includes postage. For anyone outside of the UK purchasing the t-shirts, the total will be £34 (€39) including postage.

Check out how you can get yours and donate here. 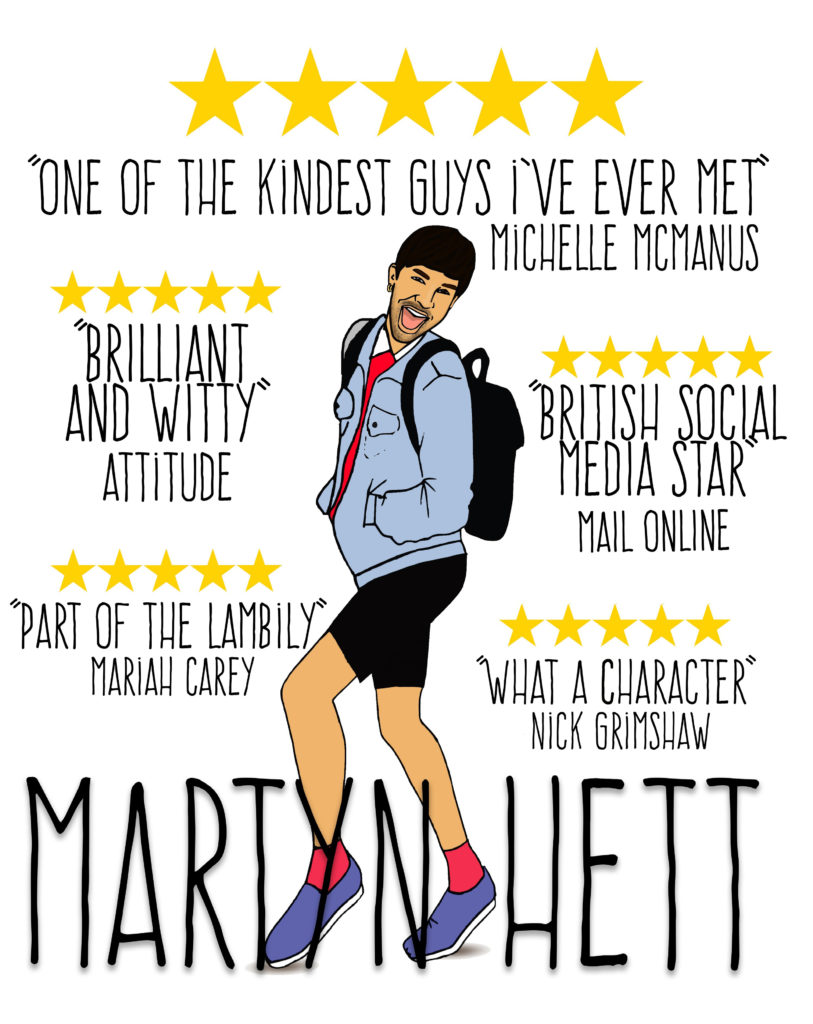