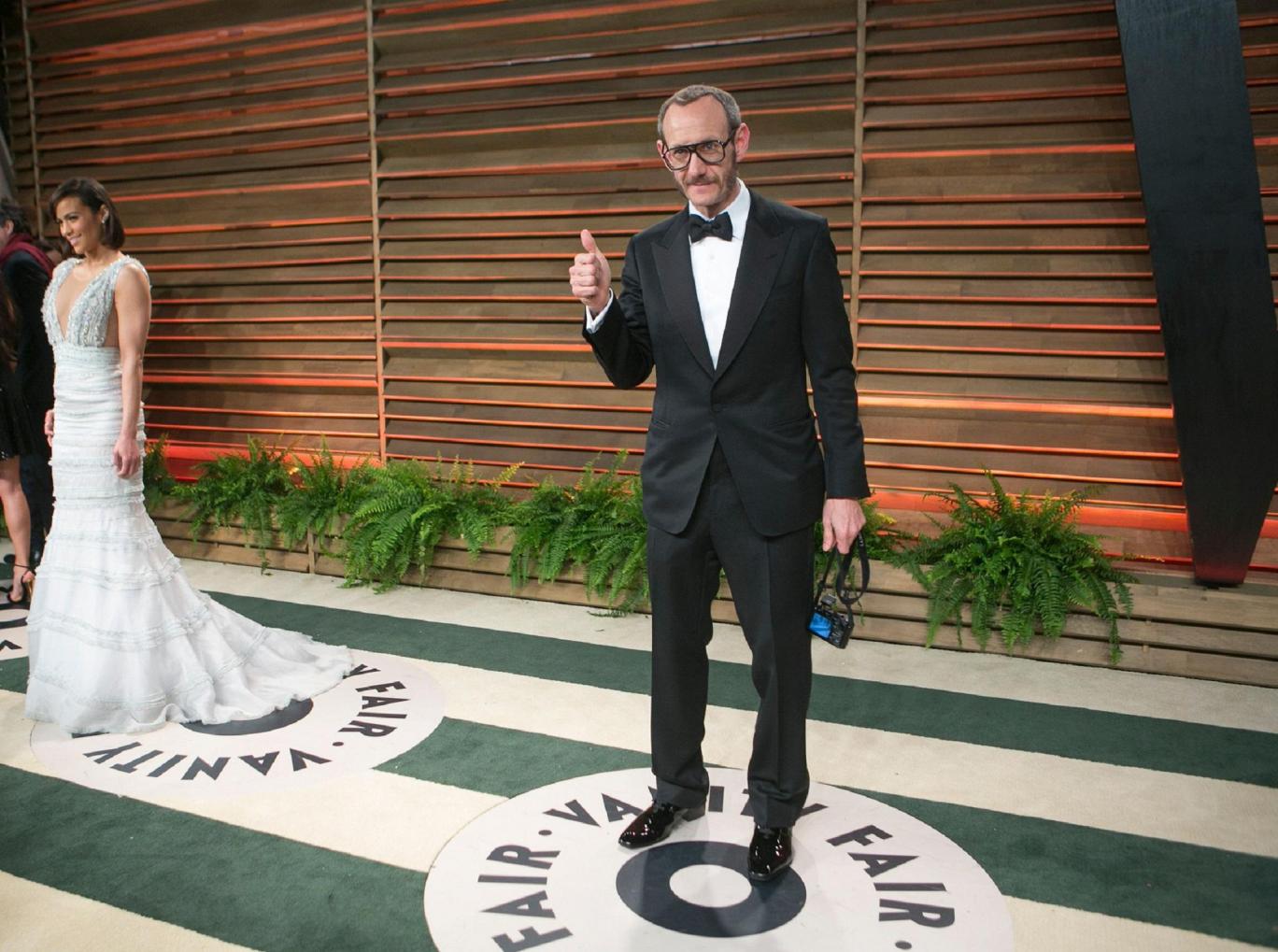 Terry Richardson is just one of many powerful opportunists in leading industries, who routinely abused his position to exploit young women. What further measures can we implement in the future, to protect people from harm in the fashion business?

There are many powerful men who are finally having their well-publicized fall-from-grace moments, in the wake of shocking and heinous sexual assault allegations.

Media tycoon Harvey Weinstein is near destroyed, after multiple women and girls bravely came forward to reveal the horrendous treatment they faced at the hands of Weinstein over his three decade Hollywood reign. Currently, the number of accusers stands at 60, cataloguing crimes such as sexual harassment, assault and rape.

Renowned political journalist Mark Halperin has been suspended from MSNBC, after allegations off lewd sexual misconduct emerged. Celebrity chef John Besh recently stepped down from his company after a dozen current and former female employees accused him of sexual harassment, and even Nickelodeon channel fired Chris Savino, creator of animated show ‘The Loud House’, after 12 women accused him of ‘sexual harassment, unwanted advances and inappropriate behavior.’

Feminist Jessica Valenti perfectly summarized what we were all feeling on twitter recently, regarding the nature of the myriad of sexual harassment accusations:

‘I think what’s hard for a lot of women right now is the confirmation that things are exactly as bad as we thought.’

The ever growing scandals do not stop here. Now, the fashion industry has been catapulted under the spotlight, after major fashion magazines suddenly announced they have severed ties with Terry Richardson, the infamous fashion photographer, amidst disturbing sexual assault claims and behavior. Names such as GQ, Vogue and Vanity Fair are some of the leading publications that have distanced themselves from Richardson. In response, Terry Richardson’s representative has denied any allegations against him, stating:

“He is an artist who has been known for his sexually explicit work so many of his professional interactions with subjects were sexual and explicit in nature but all of the subjects of his work participated consensually.”

So, what took the industry so long to finally banish the sexual predator from the exclusive inner circle?

Unfortunately the unfiltered truth here is that, the fashion industry is engaging in a pre-emptive action after witnessing ‘the Weinstein effect’, to protect themselves and their brands from increasing public backlash against abusers and their enablers. In this case, the fashion industry is wholly complicit in protecting Richardson and they know it.

Supermodel Coco Rocha publicly refused to work with Terry Richardson after being pressured into an uncomfortable fashion shoot. Models such as Rie Rasmussen have famously blasted the photographer in Paris for degrading women, after he used her image in his book TerryWorld, depicting underage naked girls performing sex acts. He responded by fleeing the scene and complaining to her agency about her. Model Jamie Peck recounted how Richardson pressured her into performing sex acts and even suggested that he make ‘tea’ out of her tampon, and insisted on being referred to as ‘Uncle Terry’. Charlotte Waters was 19 in 2014, when Richardson assaulted her during a shoot. She stated:

“He told me to perform oral sex on him. He started aggressively kissing me. I don’t even really remember what specific things were happening at that point, but he was directing everything,” she wrote in her account.

“He said ‘OK, squeeze my balls,’ ‘OK, put my dick in your mouth,’ ‘OK, now kiss me.”’It wasn’t intimate. He also straddled me and started jerking off on my face.”

These are just some of the horror stories emerging about Richardson. In nearly all these cases, assistants and other employees were present, validating and justifying his lewd behavior. Even more alarming is that his behavior was of some knowledge in the fashion sphere.

Caryn Franklin, the well-respected fashion writer, was one of the first commentators to expose and question Terry Richardson’s behavior publicly. Since 2013, Franklin has been a staunch activist in bringing attention to those who were exploited by photographer. She has also detailed how she was hindered many times by established magazines, from publishing content relating to the sexual misconduct of Richardson. She has also been accused of being a liar and deliberately seeking to sabotage his career.

Why have things changed now? It may, of course, be due to the Weinstein effect. Caryn Franklin, the fashion journalist and diversity campaigner, first wrote about Richardson’s behaviour in 2013. She thinks the tipping point comes down to the fact that “we have had several very high-profile predators that have been stopped – Jimmy Savile, Max Clifford, Rolf Harris and Harvey Weinstein.” Like Weinstein, Franklin says Richardson was protected for a long time by other powerful people: “I have had people I respect say to me: ‘But he’s a very nice person, you simply don’t know him’. I’ve had them suggest that I am trying to damage his career.” Richardson has always denied abuse.

Other voices such as Edie Campbell, Cameron Russell and Christy Turlington have added their voices to the debate, by calling for protection for models and women in the industry.

So, in the current trail of this scandal, what can be done to protect others in the fashion industry? Are there any actual measures to protect models from sexual predators?

Even pre-Richardson scandal, New York announced that it will be passing the Models Harassment Protection Act in partnership with the Model Alliance, led by ex-model Sara Ziff. This act seeks to protect models in photoshoot environments, and makes brands and magazines liable if any harassments occurs.

However, I don’t believe that this is enough. The fashion industry actively harbored a sexual offender who was protected by the powerful, and under the guise of liberal expression and ‘art’, was able to trick young women into vulnerable positions for sexual gratification. Terry Richardson was able to elude checks, balances or even accountability because the fashion industry hyped him into a fashion deity and believed that they needed him. He felt untouchable and believed that he answered to nobody.

Therefore, I propose that the fashion industry should next create a separate body, an independent council comprising of current and former fashion insiders, politicians feminists and business leaders. This organization should specifically exist to supervise and monitor industry ethical practices and a platform for decision making. Without infringing on sexuality, individuality and freedom of expression, it is also important to insert clear limits and boundaries that reduce the oversexualisation of minors, an issue that has many on the inside and outside of the fashion spectrum concerned. Protecting models from predators should be a top priority, and equally paramount in deterring any future predators from using the fashion industry to abuse their positions to commit crimes. 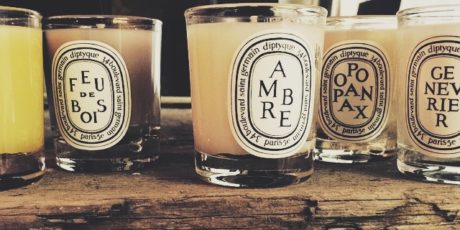 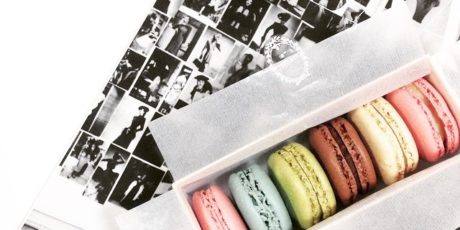 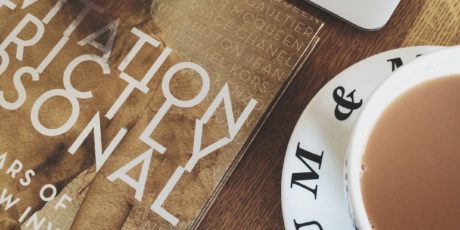 I AM READING: INVITATION STRICTLY PERSONAL