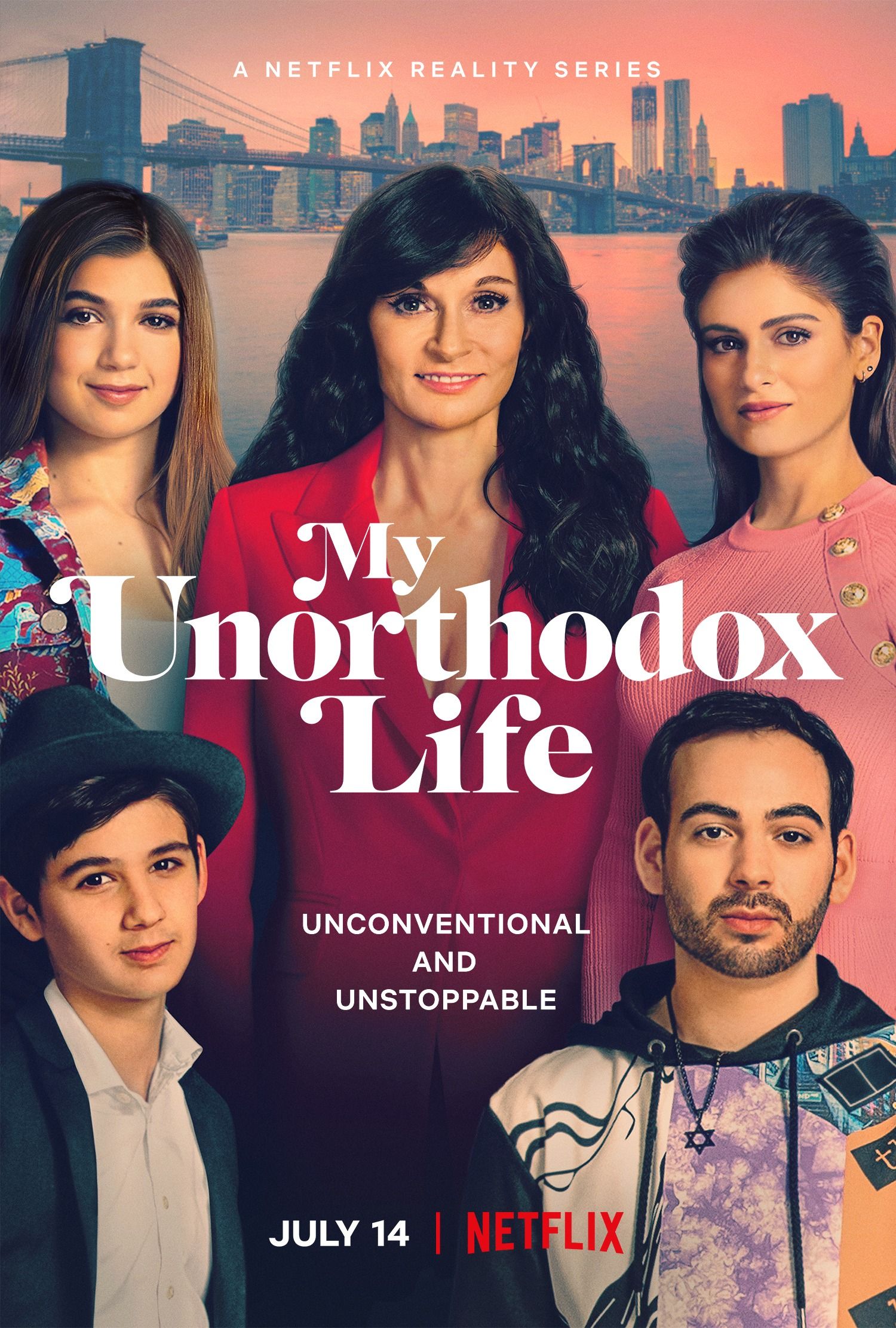 Less than 10 years ago, a typical Friday night for powerhouse fashion executive Julia Haart consisted of making Shabbos dinner for her husband and family in the ultra-Orthodox community of Monsey in upstate New York. Today, Haart’s weekends are more likely to involve rubbing shoulders with Gwyneth Paltrow or Kendall Jenner, both of whom she has dressed in lingerie.

After being raised her entire life as an ultra-Orthodox Jew — including an arranged marriage, four kids, no first dates, no career, no birth control, no orgasms and no eating at a non-kosher restaurant — she started to explore the idea of leaving the outside world at 35 years old, gradually reading books and watching television and movies. Finally at the age of 43, Haart decided to leave her community and set out on her own.

In the matter of eight years, she launched her own shoe collection, became creative director of La Perla and is now CEO and co-owner of Elite World Group, based in New York City.

“My whole life, I had all these questions in my head, but I was taught that because I even had these questions, I was a bad person. I was told, ‘Be obedient, be colorless, be the wallpaper and fade into the background,’” Haart tells Variety. “So, when I went to the outside world, I had no clue, but I figured if I could do that, then I can have a shoe brand. Shoes? Sure! Design lingerie? Sure!”

Haart’s unprecedented rise sounds almost unbelievable, as if it were ripped out of the pages of a fictional movie script — which is probably why Netflix greenlit her reality show, “My Unorthodox Life.” (For the record, Haart’s story is entirely true.)

“My Unorthodox Life,” which launched this week, follows lady boss Haart at work and at home in her swanky New York City penthouse where she and her family adapt to their new, literally unorthodox lifestyle outside of the extreme religious Jewish community in which they all grew up.

“Nine years ago, if you had met me when I was still super religious, I would have thought they were monsters,” Haart says of women wearing pants. “You are literally brainwashed to think that. But there is no anger. It’s more encouragement towards my daughter, like, ‘You don’t need his permission, babe. Just do what you think is right.’”

Today, Haart’s mission is to help women — not just her daughter — not feel the need to ask a man for permission. As CEO at Elite, she has rebranded the worldwide modeling agency into a talent media company that encourages women to build their own brands, so that they can have full ownership over their careers and their lives.

“I knew that if one day, if I ever was able to accomplish a little something, I wanted to tell my story. Now, in this particular moment in time in my life, I feel it is incumbent upon me to tell that story,” Haart says. “What I’m doing at Elite is not a job, it’s literally a mission. I won’t stop until I help an army of women become financially independent so that they never, ever have to ask permission.” 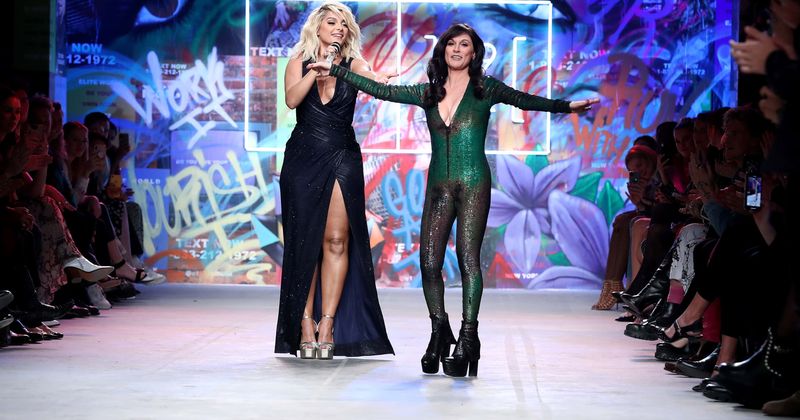 While the show covers Haart’s departure from her religious community, her concerns have nothing to do with Judaism. With antisemitism on the rise, Haart wants to promote the nuance and color of the Jewish community. In fact, she chose Netflix as the best venue for her reality show because of the streaming giant’s global reach.

“I want to make it clear: I love being a Jew. This has nothing to do with Judaism and this has nothing with religion,” Haart says. “I have learned very many beautiful things from my community and my religion, and I think that all religion is beautiful. I just don’t think it’s beautiful when you say men are better and women are worse.”

“This can apply in any country, any government, any institution that puts women down. I hope that people from different countries and walks of life can watch this and connect to at in their own way,” she continues. “I am only giving an example from my community because that’s the world in which I grew up, but this happens in every fundamentalist community where women are told that their only purpose in life is to be a baby making machine — and, in my world, there was this idea that women only exist as an addendum to men.”

When Haart made the decision to drastically change her life, she also changed her name.

“Of course, I didn’t like my man’s name — because I didn’t choose the man,” Haart quips. But, she also didn’t want to revert back to her maiden name, Leibov. “Although I have zero anger in my heart and I want love and joy for everyone,” she explains, “it is my parents who brought me into that world, so I didn’t feel comfortable with that name either.”

In Hebrew, “Lev” (similar to “Leib”) means “heart,” and so, she made her name better fit her newfound identity. “I felt like I was recreating myself, but I also felt like my name had to be respectful of my past,” Haart says. To bring things full circle, her second husband, Silvio, an Italian entrepreneur who is featured in her Netflix show, took her last name.

Speaking about the recent antisemitic attacks around the world, especially in New York City where she and her husband reside, Haart says: “It is so scary what’s going on. People are getting beaten up because they are Jews. That’s horrifying. I am a very proud Jewish woman, and Jewish people have been victims of Jewish hatred for thousands of years.”

“My only issue is with fundamentalism,” she adds. “Women are told to be obedient and subservient to their husbands where they’re covered head-to-toe because a man shouldn’t come to sin. I’m sorry, but why is that a woman’s problem? Men should fucking grow up and control themselves.”

“My Unorthodox Life” is streaming now on Netflix. This article also appeared on Variety. You can read it here. 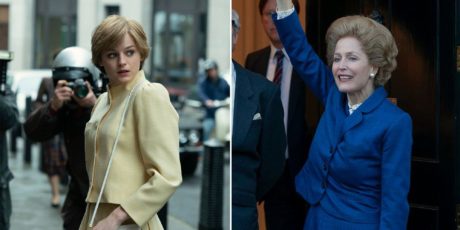 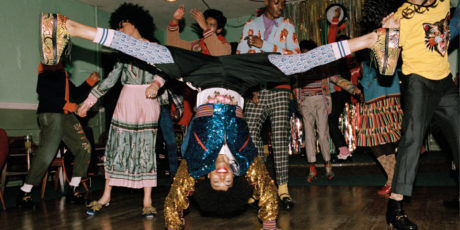